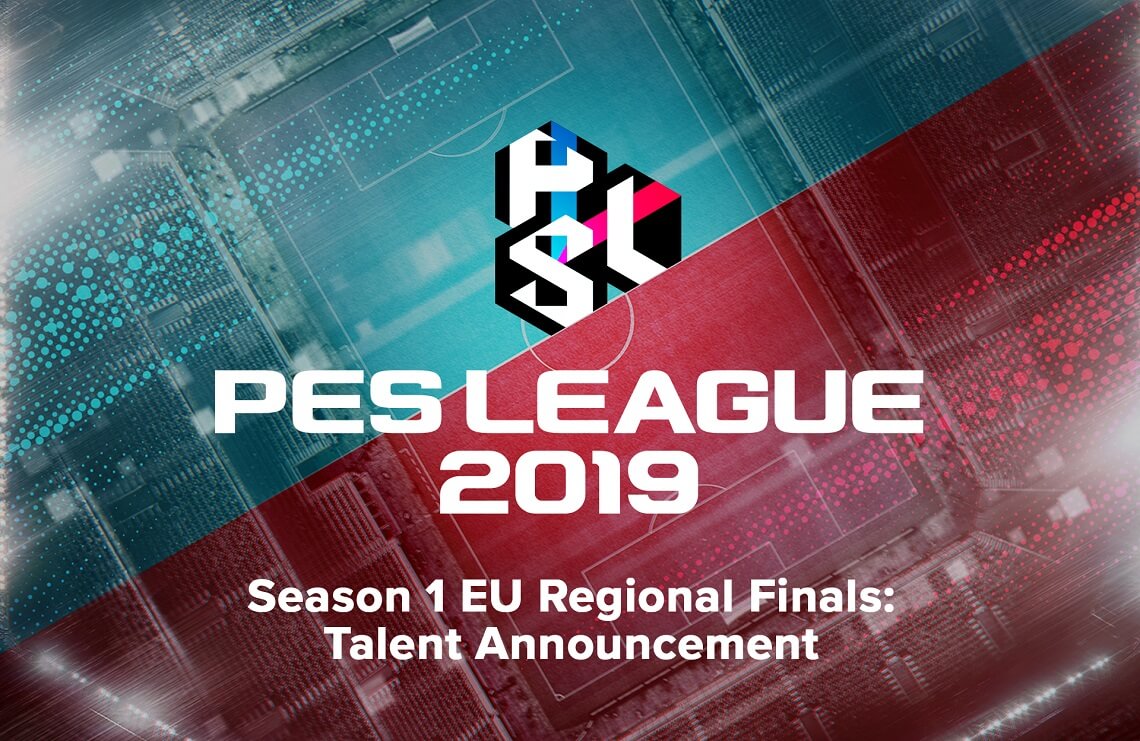 The PES League 2019 Season 1 EU Regional Finals will be brought to you by some of the biggest and best names in the esports industry. Along with the action packed finals, you’ll be able to catch this wide array of talent on stream Friday 7th and Saturday 8th of December.

Alongside the seasoned talent lineup, some fresh faces have been added to the roster for the PES League 2019 Season 1 EU Regional Finals.

Paul is an experienced event host and online content creator. He also worked with PES League on the last tournament broadcast live from Liverpool – at the iconic Anfield Stadium in 2017.

Ash is new to the PES League talent roster. She will be hosting the stage and interacting with the Pro Players, bringing fresh post-match interviews and player discussions.

A familiar face in the world of PES League, Adam Butcher has brought experience & entertainment to several tournaments in the last few years… and presented the popular PES League Live shows too!

We have another extremely experienced commentator in Rene Treur, he provides excellent game and community knowledge alongside his experience as both a sports and an esports commentator.

The True Brits is a brand new addition to the PES League talent roster. His engaging personality and vast experience in PES-specific content creation has earned him a huge following of PES and football fans. We’re excited to see him in action.

Wonderboy is a partnered Twitch streamer who has an incredible level of experience across the many genres of esports, particularly football gaming. His knowledge is a superb addition to the PES League broadcast team.